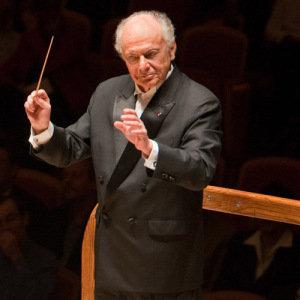 Maazel, Lorin Varencove, 1930?, American conductor, b. Neuilly-sur-Seine, France. A musical prodigy, he spent his childhood in Los Angeles, where he made his conducting debut at nine and his violin debut at fifteen. He debuted as an adult conductor in 1953 in Catania, Italy, and in 1960 became the first American to conduct at Bayreuth. Maazel has held many important directorships in the United States and Europe, including those of the Deutsche Opera (1965?71), the Berlin Radio Symphony Orchestra (1965?75), the Cleveland Orchestra (1972?82), the Vienna State Opera (1982?84), the Pittsburgh Symphony Orchestra (1988?96), and the Bavarian Radio Symphony Orchestra (1993?). Maazel succeeded Kurt Masur as music director of the New York Philharmonic in 2002. Known for the breadth of his orchestral and operatic repertoire and for the rigor and depth of his musical interpretations, Maazel also is a composer and sometimes performs as a violinist.