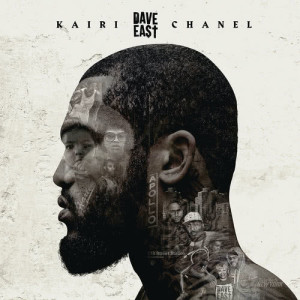 I cannot believe it

I cannot believe it

Real life, though, I cannot, I cannot believe it

She from Jamaica, Queens, only came to Harlem to shop

Her mother just got a divorce and her father a cop

I learned this about 10 minutes in the conversation

I'm thinking I don't even know you, why that information?

My head was racin', I'm pacin' back and forth

Asked her for her number, her name Keisha, nice to meet ya

She said she never ****** with nobody from Harlem

I've got homies from south side, I figured I would call them

I found exact locations and where she grew up

Her moms new boyfriend got some coke, then he blew up

I was down in Flight Club, Keisha text me like "What you doing?"

"I scuffed up my retro's, I'm bout to cop some new ones"

She said she at the Mandarin Oriental in Columbus circle

She got some sour but she wanted purple

I told her later we can link up

I called my youngin Conner bring an eighth to her

He plotting on taking her

If it ain't wifey than all the homies can play

Back to Keisha, she black but had them Spanish features

I got that drop from my homie that knew her, he went to school with her

Con' callin' me, I forgot to text him the address

I'm going through some other s**t, honestly got me mad stressed

If Con' delivered that, we 'bout to meet

I gotta a club tonight, told Keisha if she up I hit her when it's over

Strippers all over me, I ain't throwing a penny

I'm rollied out, sky dweller, the light hittin' it right

Way no told me 30 minutes, flat line, backwoods I pack mine

Unless I want 'em harsher, please don't no one bother

I called my driver and told him take me to midtown

He dropped me off, I told him "Park it and don't leave yet

Let me see what this ***** about, something I gotta figure out"

I'm in the 'tele, I hit the elevator blunted

Stumbling, just hennessey and rosé in my stomach

Figure we ******' and then order some room service

I knocked twice, she opened the door but so nervous

Maybe I was buggin, I was drunk, she was ready though

Came up out of everything, R. Kelly on the radio

Henny taking over, we passed out, at least I did

I put my rollie in the dresser with like four chains

My id and my bank cards, iPhone 6 to make calls

Condom box of 3-pack, I used two of them

Something told me wake up, I checked the bed

Nothin' but pillows and cover, I had to shake my head

I checked me jeans, every dollar gone, that's 15k

All my chains and my rollie missing

He telling me that he was sleeping, waiting on my phone call

This for every ***** that be slippin' cause he think he rich

Keisha you a sneaky *****, called shooter I'ma need the grip