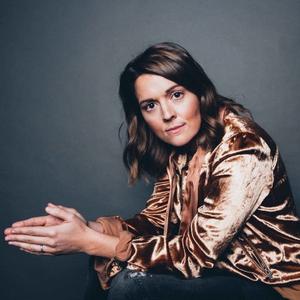 Brandi M. Carlile is an American folk rock and Americana singer-songwriter. Born in Ravensdale, Washington, she dropped out of high school to pursue a career in music, teaching herself piano and guitar. Carlile garnered wider recognition with her 2007 single "The Story", from her album of the same name. The Story was awarded gold status in 2017, having sold over 500,000 copies to date. Carlile's most successful album to date, The Firewatcher's Daughter, earned her a Grammy nomination for Best Americana Album and peaked at number 9 on the Billboard 200. Born June 1, 1981 (age 36) Ravensdale, Washington, United States Years active: 2004–present Top Songs The Story The Story · 2007 Turpentine The Story · 2007 Wherever Is Your Heart The Firewatcher's Daughter · 2015 Reference: Wikipedia