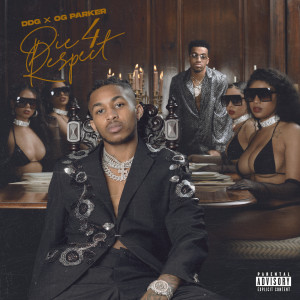 Ballin' since I was a jit

Way before Oakland and filmin' the skits

I had a goal to get rich

Mama was strugglin' payin' the rent

I couldn't help her with shit

I cried at night, I'll admit that shit

She left me 'lone but I miss that bitch

If she text right now, I'll hit that bitch

Same old me but they think I switched

I ain't get none when I owed that shit

Mama, I told you we gon' be okay

Whippin' the Benz and she live in L.A.

Tryna thank God, but don't know what to say

Unless it came with a pool and a gate

Check the rear before I pull in the gate

Rich nigga take her on a cheap date

Love when these nuts all up in her face

She say "Wow, never met a nigga with dick and a house"

Spit in her mouth, diggin' her out

With a choppa in the couch for a rat or a mouse, uh

Just in case a nigga want some action

Mm, got some millions, but it's just a fraction

Spendin' money for my satisfaction

Benjamins, we don't fuck with Jacksons

Bet when I drop, they don't post that shit (Yeah, yeah, yeah)

All good though, I'ma note that shit

When I blow, you'll owe me, bitch

If we beef, I'll fuck your bitch

All of the niggas I beef on the internet

I hit up all of they bitches and get 'em wet

Call her a Uber, I hit 'em and send 'em back

Do it in silence cause players ain't into that

She said your dick game was so-so

And she had told me you broke, oh , that's tough

Blueface and DDG, hoes at the BnB

Watching a DVD, giving her DVD

Road Runner, all he heard was meep-meep-meep

Hopped off the porch and I crashed the Porsche

Hop out the bed and I smash the whore

Knock-knock, guess who's at the door

Came in straight from Europe (Bop)

She want dick, she needy, freaky, I like Wraiths, no Lamborghini

She off X, she sleepy-sleepy, yeah

Make me a wish, no genie-genie, vanish on niggas just like Houdini

Just in case a nigga want some action

Mm, got some millions but it's just a fraction

Spendin' money for my satisfaction

Benjamins, we don't fuck with Jacksons