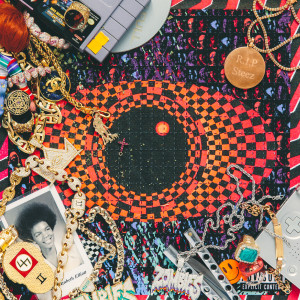 I used to be broke and sin

Thought that you was solid, but it won't cement

Cut ties with those guys, haven't spoke to them (Yeah)

Y'all tried to play me like a fool, but the joke's on them

What you mean you squeamish, just a monster, entendres

A league competin' where no team could beat us

I cut them ties, 'cause I need to see us

In the Beamer with the ceilin', we don't need the rear

I am no Bogart and so neither was you

Better watch how you talk, boy, I will say action

Whole world been on acid since I blew up

Climbed up, countin' the loot up

You losers are just too much, I moved up

And do not need new love

My lifestyle, in turned by my left style

Watch me walk in that crowd, flezuz christ in a flinch

Hope these mosh pits lead to some implausible events

The Pearly gates (Oh), on the fence

I puff 'til I'm idle

Until I volcano erupt, I'm a liar, get lost in the fire

Big ballin', got a lot to spend

On me, the whole block depend

Faded off a shot of gin, I'm Pacquiao

I hear the money callin' like a pocket-dial (Brr)

Do what I wanna 'cause I'm poppin' now (Yeah)

Made it this far, ain't no stoppin' now (Noo)

It goes straight to the top, when I drop it now (Wow)

Now we shook the champagne, so we c**k it out the window

Lookin' out the window, window

Pukin' out the window, window

She says she don't dance

Bet she shake it for these bands though