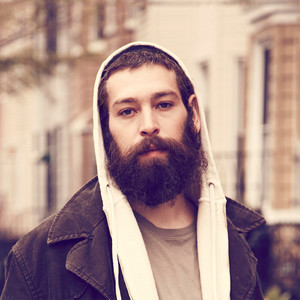 When Matisyahu emerged with his debut album, Shake Off the Dust...Arise, in 2004, his musical persona seemed to some a novelty. Here was a Hasidic Jew, dressed in a black suit with a broad-brimmed black hat worn over a yarmulke, and sporting a full, untrimmed beard, who nevertheless performed toasting raps about the glories of traditional Judaism over reggae beats in a dancehall style directly from Jamaica, punctuating his performances with stage diving. It may have seemed like a joke at first, but Matisyahu was serious, and he began to attract press notices to go with the enthusiastic audiences that packed his concerts. Matisyahu was born Matthew Miller on June 30, 1979, in West Chester, PA, although his family moved to Berkeley, CA, when he was a child before settling in White Plains, NY. He was given a traditional Jewish upbringing, against which he rebelled at first, considering himself a Deadhead and a hippie by his early teens. But at the age of 14, during a camping trip in Colorado, he reconciled himself to Judaism and soon after visited Israel. After returning to White Plains, he dropped out of high school and traveled the country to attend Phish concerts. Back at home again, he agreed to let his parents send him to a wilderness school in Bend, OR, where he became enamored of reggae and hip-hop, and began rapping at open-mike competitions. He returned to New York at 19 to attend the New School for Social Research in Manhattan, but also joined the Carlebach Shul, a synagogue where his musical interests were encouraged. Meeting a Lubavitch rabbi, he became interested in the strict Lubavitch Hasidic sect of Judaism and renamed himself Matisyahu. Continuing to perform, Matisyahu assembled a backing band consisting of Aaron Dugan (guitar), Josh Werner (bass), and Jonah David (drums). They recorded Shake Off the Dust...Arise, released by JDub Records in 2004. A concert held in Austin, TX, on February 19, 2005, yielded the follow-up release, Live at Stubb's,

Selections from No Place To Be2016年9月27日