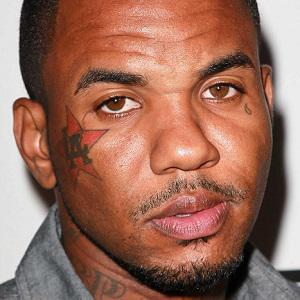 Jayceon Terrell Taylor (born November 29, 1979), better known by his stage name The Game or simply Game, is an American rapper and actor. Game is best known as a rapper in the West Coast hip hop scene, and for being one of Dr. Dre's most notable protégés. Born in Los Angeles, California, he released his first mixtape You Know What It Is Vol. 1 in 2002, and landed a record deal with the independent label Get Low Recordz owned by JT the Bigga Figga. Game's mixtape reached the hands of Sean Combs, founder of Bad Boy Records, who originally was on the verge of signing him to his label. Five months later, he was discovered by Dr. Dre who listened to the mixtape and signed him to his Aftermath Entertainment label in 2003.