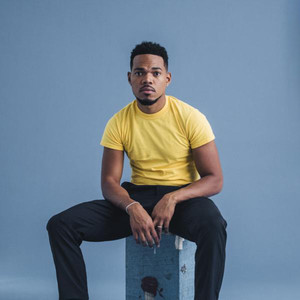 Chancelor Bennett (born April 16, 1993), better known by his stage name Chance The Rapper, is an American hip hop recording artist from Chicago, Illinois. In 2013, he began to gain recognition following the release of his first two mixtapes. 1993-2010: Early life and career beginnings Bennett started showing interest in music at a young age, and in his freshman year of high school at Chicago's Jones College Prep High School, formed the hip-hop duo Instrumentality with a friend. He mentioned in an interview that fellow Chicago native Kanye West's 2004 debut album The College Dropout was the first hip-hop album that he ever purchased and listened to, previously being into soul and jazz. 2011-2012: 10 Day At Jones College Prep High School, some of his teachers ridiculed his aspirations to become a musician. Following a 10-day suspension in spring 2011 during his senior year, Bennett released his first mixtape entitled 10 Day, which has been downloaded over 100,000 times since its release in April 2012 via Datpiff. The mixtape would grab the attention of Forbes magazine, which featured it in the publication's Cheap Tunes column. Subsequently, fellow American rapper Childish Gambino would ask Bennett to join his 2012 tour of America as his opening act. Following the release of 10 Day, Bennett continued to release new music and was featured on songs with Childish Gambino, Hoodie Allen and Joey Bada$$. 2013-present: Acid Rap Bennett was highlighted as one of Complex magazine's "10 New Chicago Rappers to Watch Out For." Bennett released his second mixtape Acid Rap on April 30, 2013. On Datpiff it has been certified platinum after being downloaded over 250,000 times. The mixtape features guest appearances from Twista, Vic Mensa, BJ the Chicago Kid, Action Bronson, Childish Gambino and Ab-Soul. Acid Rap received general acclaim from music critics. At Metacritic, the mixtape received an average score of 86, based on 20 critics, which indicates "universal acclaim." It was also nominated for Best Mixtape at the 2013 BET Hip Hop Awards. Both 10 Day and Acid Rap continue to be free downloads. On May 6, 2013 after previously being featured as the hidden track on Acid Rap, "Paranoia" produced by Nosaj Thing was released as a contribution to Yours Truly and Adidas originals "Songs from Scratch" series. In early July 2013, Acid Rap debuted at number 63 on the Billboard Top R&B/Hip-Hop Albums due to bootleg downloads on iTunes and Amazon. In August 2013, Bennett performed at the Chicago music festival Lollapalooza. Chance embarked on his Social Experiment Tour starting in Champaign, Illinois on Oct. 25, 2013 and will be on tour until Dec. 19, 2013. He is to be a featured artist on a track in Childish Gambino's album Because the Internet album due to be released on December 6, 2013.