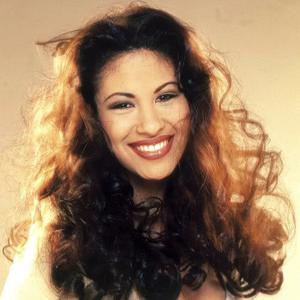 Selena y Los Dinos (English: Selena and the Guys) was the band in which Grammy-Award-winning Tejano music singer Selena performed, until her death on March 31, 1995.[1] Selena fronted the band since 1980, started by her father Abraham Quintanilla, Jr.. When Selena was signed with EMI Latin,[1] EMI president Jose Behar told Selena that the world wanted Selena, not Los Dinos. Selena then began releasing her studio albums under her own logo title Selena and not Selena y Los Dinos.[1] Before Selena was signed with EMI, the band had sold more than 80,000 copies in the state of Texas alone, with the Tejano labels GP, Cara Records, Manny, and Freddie Records before 1989