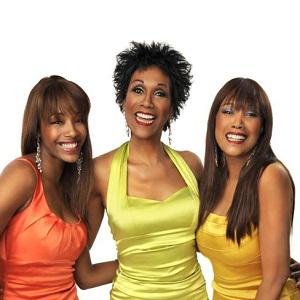 The Pointer Sisters are an American Grammy Award-winning Pop/R&B recording act from Oakland, California that achieved mainstream success during the 1970s and 1980s. Spanning over three decades together, their repertoire has included diverse genres as pop music, disco, jazz, bebop, country, soul, funk, dance, new wave and rock. The group had its early origins when sisters June and Bonnie Pointer began performing in 1969 (without a record deal) as "Pointers, a Pair". The line-up grew to a quartet when Anita Pointer joined, followed by Ruth, who joined in December, 1972, right before they recorded their debut album. They achieved their greatest commercial success later as a trio consisting of Anita, June, and Ruth, after Bonnie left the group to commence a solo career.