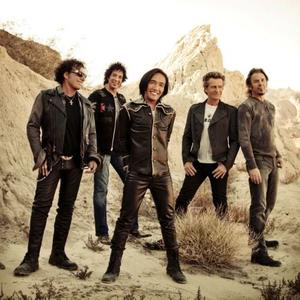 During their initial 14 years of existence (1973-1987), Journey altered their musical approach and their personnel extensively while becoming a top touring and recording band. The only constant factor was guitarist Neal Schon (born February 27, 1954), a music prodigy who had been a member of Santana in 1971-1972. The original unit, which was named in a contest on KSAN-FM in San Francisco, featured Schon, bassist Ross Valory, drummer Prairie Prince (replaced by Aynsley Dunbar), and guitarist George Tickner (who left after the first album). Another former Santana member, keyboard player and singer Gregg Rolie, joined shortly afterward.