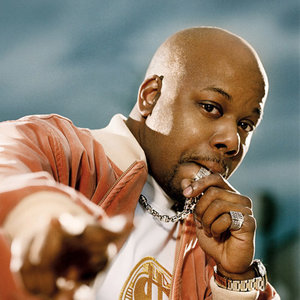 Born in Los Angeles, but an Oakland resident by the age of 14, Too Short was the first West Coast rap star, recording three albums on his own before he made his major-label debut with 1988s gold album Born to Mack; his next four all went platinum. Anticipating much of the later gangsta phenomenon, he restricted his lyrical themes to tales of sexual prowess and physical violence, with the occasional social message track to mix things up. After the release of Gettin It (Album Number Ten) in 1996, Too Short decided to retire, his status assured as one of the most successful solo rappers of the 1980s and early 90s, although that decision would prove short-lived.

1
Ain't Got No Haters ((Explicit))
Everythangs Corrupt
2
Life Of Da Party
Ego Trippin'
3
The World Is Filled... (feat. Too Short & Puff Daddy) [2008 Remaster]
NOTORIOUS Music From and Inspired by the Original Motion Picture
4
Until the Sun Comes out
Young, Rich, and Gangsta
5
Move That Body
Young, Rich, and Gangsta
6
F*** Faces
Greatest Hits
7
T.W.D.Y. (feat. Too Short & E-40)
Sincerely Yours 1.5
8
Something 'Bout Pimpin'
Back Seat Beats