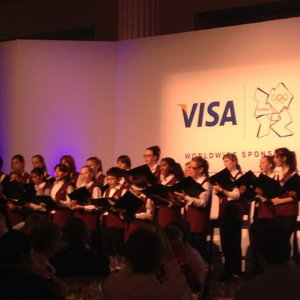 The New London Children's Choir is a children's choir which rehearses at Highgate Primary School in North London, giving singing opportunities to members aged seven to eighteen. Members live in London and surrounding areas. It was founded in 1991 by Artistic Director Ronald Corp. As well as performing its own concerts, the choir has sung with orchestras and ensembles in many concert halls and opera houses worldwide and features on several film and TV soundtracks and CDs.