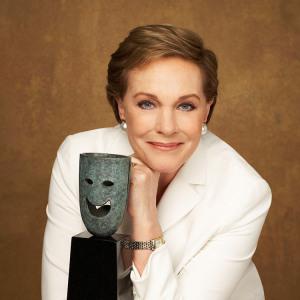 At the commercial height of her career in the '60s, actress/singer Julie Andrews could claim to be the primary performer associated with the longest-running musical in Broadway history, the highest-grossing Hollywood film ever made, and the biggest-selling album of all time. Each of those achievements was surpassed by others eventually, of course, but Andrews, while experiencing the ups and downs that are the lot of any popular entertainment figure, retained her status as a theater and film legend, and even enhanced her reputation as she became a senior citizen early in the 21st century. By then, her professional career stretched back more than 50 years and included stage work, recordings, radio, television, films, and children's literature.

Nobody Does It Better - Julie Andrews2020年5月29日

Julie and Carol at Carnegie Hall2020年4月23日

The Sound Of Musicals